We have had such wonderful audiences at our concerts up here in northeastern Minnesota! We are doing 19 concerts at Arrowhead Libraries, from Baudette way over to Grand Marais. We've covered lots of miles, seen lots of deer, and had a great musical experience. As we share our original songs of Minnesota heroes, many people have told us their stories! Yesterday a woman in the audience told us of her nephew, who donated a kidney to a person he didn't know. After the concert in Moose Lake, someone in the audience told us of the terrible fire that engulfed that part of the state in 1918. It consumed Hinckley, Moose Lake, and much more. They told us of how some people were able to escape, while some were not so fortunate. These songs I wrote spark conversations about other real-life people, and what they have been through. I love our job!

These concerts of part of the "Arts Tour Minnesota" grant I received from the Minnesota State Arts Board; it's a part of the Arts and Cultural Heritage Fund. 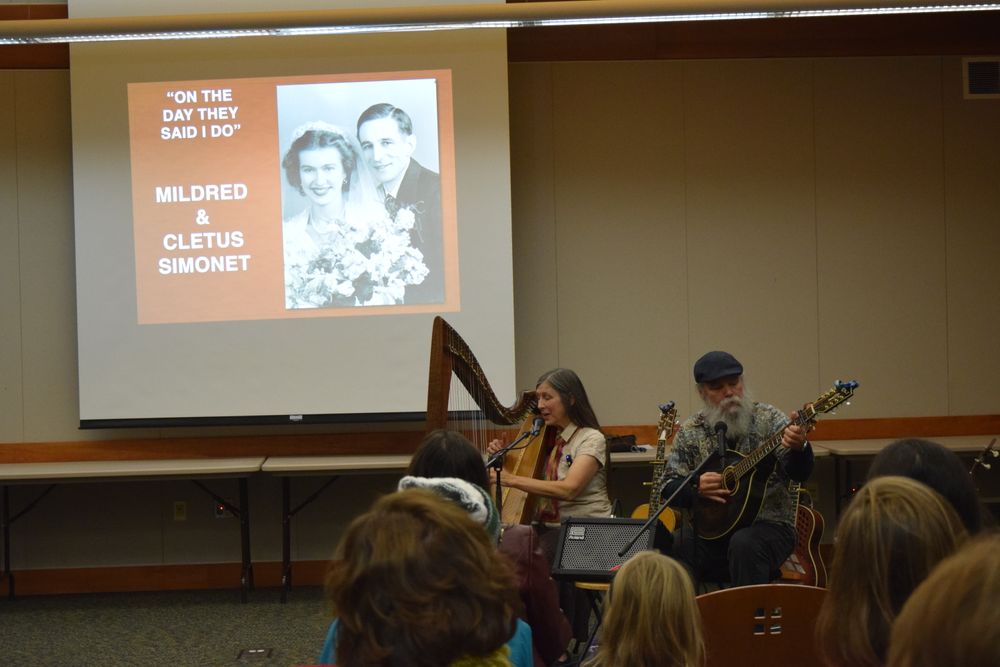